Lost Ark Beta Impressions – The Good, The Bad, and The Flashy

It’s been nearly three years since Lost Ark officially launched in South Korea. Now, thanks to Amazon Games taking on the role of publisher, the ARPG/MMORPG mashup is a mere few months away from gracing Western audiences with its presence. As part of its testing, Amazon gave people who bought one of the Founder’s Packs and a few lucky applicants the chance to try the game out in beta. We were one of those fortunate to gain access and are coming to you with our impressions of the hotly anticipated online action RPG. If you only knew Lost Ark from a few videos and images, you’d think it was a Korean-made Diablo-like title. Its isometric camera view and fast-paced combat are definite signifiers of the game’s similarities to Blizzard’s popular franchise. However, Lost Ark is also an MMORPG with a persistent world, instances, and many questing. What immediately became apparent to us is that the game doesn’t try to feel more like one or the other.

It has fast and snappy combat that makes you want to fight enemies over and over again. But just as you get into a groove, it makes you head back to town to complete quests and run around a bit chatting with NPCs. Instead of allowing you to indulge in its gameplay by giving you plenty of time in a given area to blow up massive hordes of enemies, Lost Ark wants you to move the plot forward and be quick about it. It’s not necessarily a bad design choice. However, it does bring into question how ARPG and MMORPG fans will respond. If there’s one thing that Lost Ark does incredibly well is its combat and skills. Your character is given a healthy number of abilities for dispatching big groups of enemies. Every attack feels punchy and satisfying, especially when you chain multiple abilities together into freeform combos.

Customization is deeply engrained in the way you build your chosen character. As you gain levels, you earn skill points which you can use to level up your skills and learn new ones. You can unlock powerful enhancements that significantly alter its behavior after reaching a certain number of points in any ability. It’s pretty similar to Diablo 3’s rune system in its straightforwardness. However, because of the number of abilities you have to choose from, you have more options for making unique builds. What’s even better is that you can easily respec your character to try out different builds without incurring any penalty or needing to spend currency. 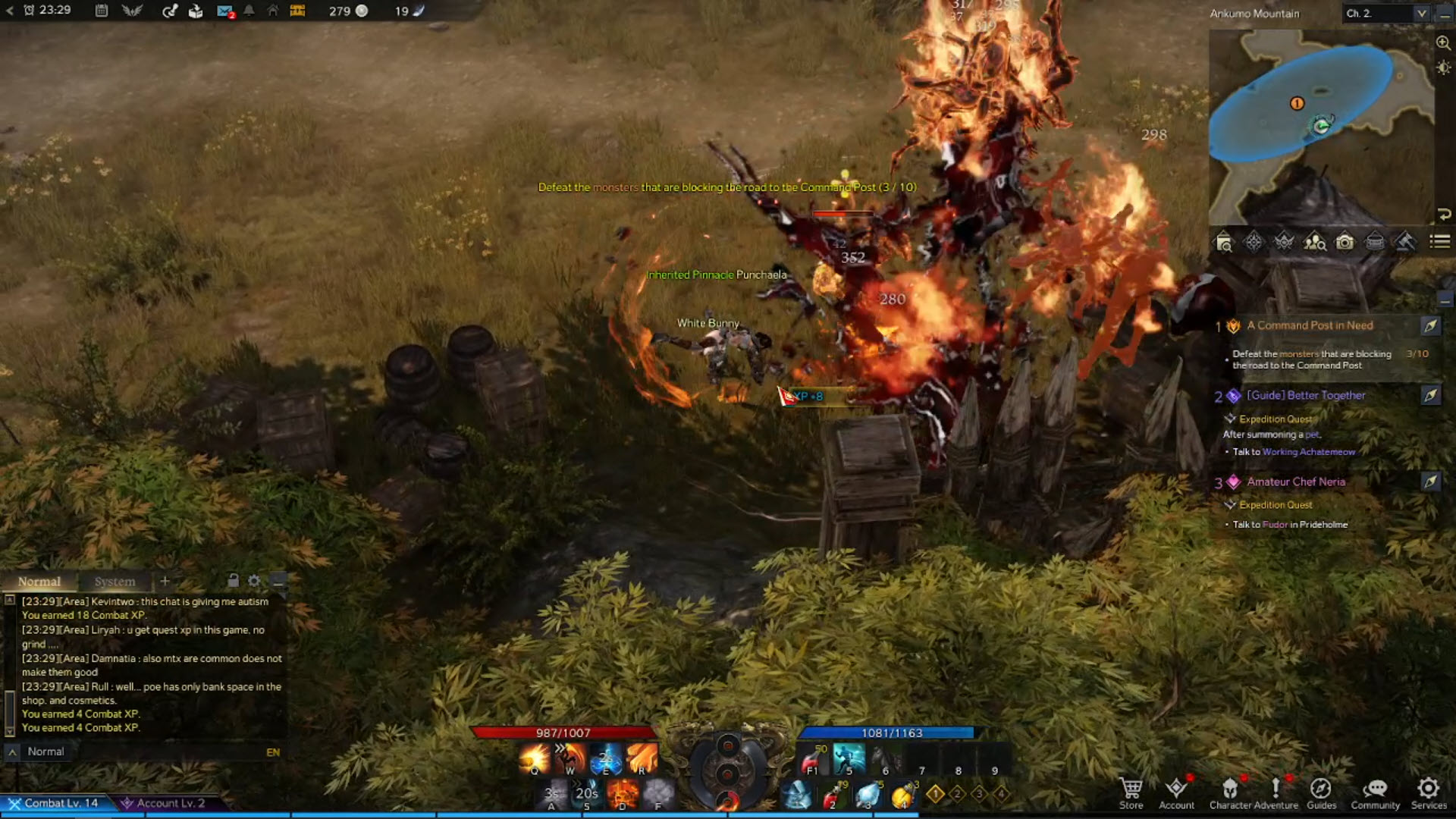 What in some ways can be seen as rather unfortunate is Lost Ark’s MMORPG aspects. We mentioned earlier that the game has a tendency to prioritize quest completion over action. This is because it’s too eager to get you through its story. There’s nothing particularly wrong with the game’s story. However, it’s not particularly remarkable either. Your overarching task is to find an artifact called the Ark of the lost king, and you must do so before it falls into the wrong hands. By the looks of things, it’s going to be a grand epic that’ll take you across a vast continent.

Suppose you’re an MMO gamer who’s eager to travel across such a big world and play the. In that case, this will be an exciting aspect of Lost Ark. For ARPG enthusiasts, though, the insistence on keeping you on the trail can become a bit tiresome and frustrating as not enough time is devoted to dispatching enemies. 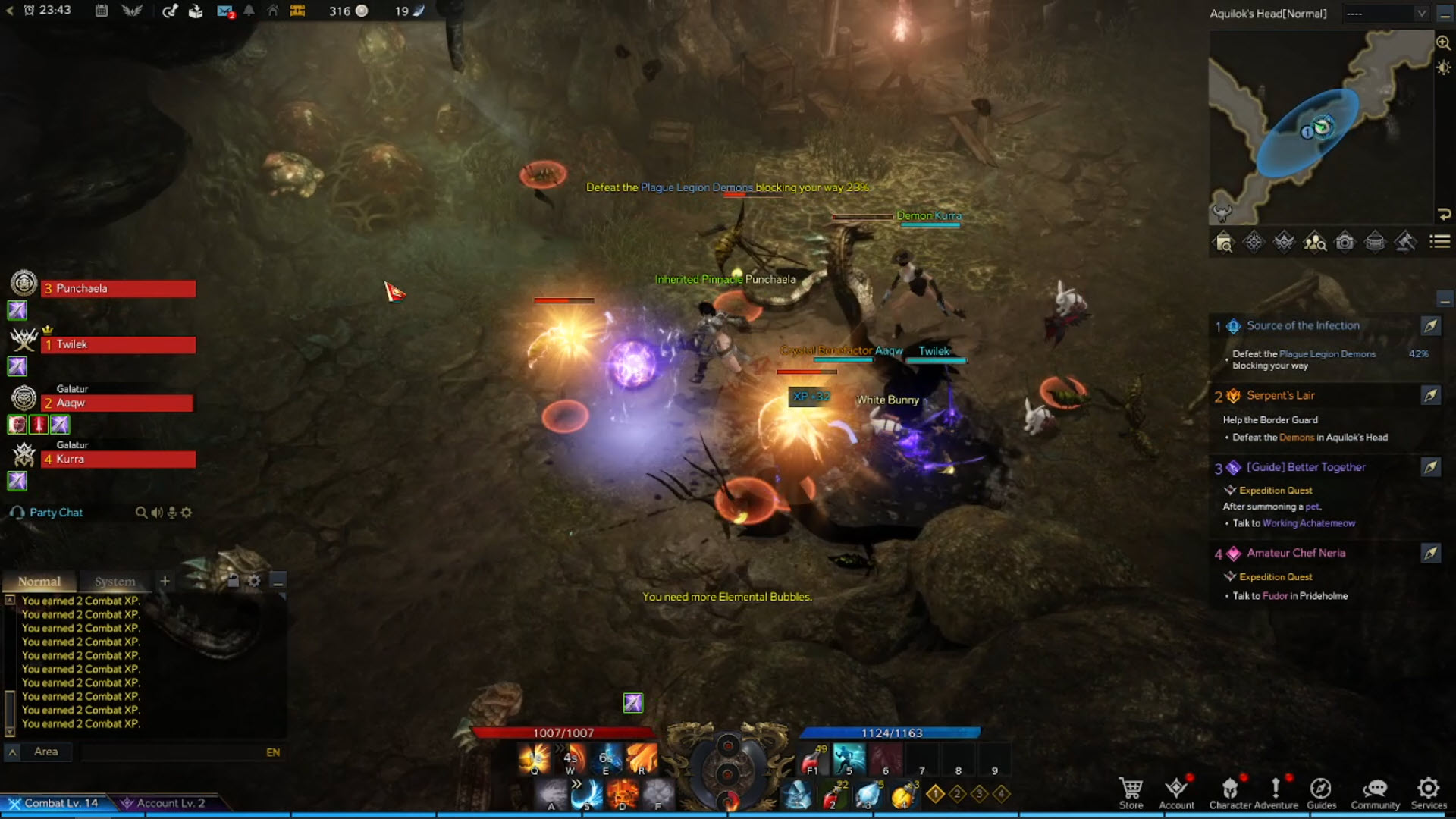 Lost Ark is a gorgeous-looking game. Everything is built to look like a vibrant spectacle that never stops pleasing the eye, from character designs to environments and dungeons. What is easily one of the best parts are the instances. A good portion of ARPGs can feel like they’re making their dungeons a bit samey, but this is where Lost Ark took the better page out of the MMORPG book.

Dungeon bosses, in particular, are imposing and epic, especially during the later stages of the game. Their first appearances are accompanied by some of the best cutscenes the game offers. What we found particularly remarkable was a feature that allowed party members to vote whether to skip the cutscenes in a dungeon.

What feels like a backwards choice is gender-locking classes. While very much a Korean game design decision, trying specific genders to classes has been a convention long-abandoned by even the ARPGs that pioneered it. For instance, you can’t play a female warrior in Lost Ark. Some classes, though, have advanced classes that allow you to play as a different gender to the main class. For instance, the Gunner advanced classes are all male except for the Gunslinger.

Lost Ark has most of the makings of a solid online free-to-play game. Beyond the flashy combat and expansive story, there’ll be a whole host of things to keep us busy in this game. For collectors of all sorts of digital goodies, Lost Ark features pets and mounts. They are available in various shapes and sizes. For those who enjoy some good old-fashioned fisticuffs, the game will feature PVP modes and dueling. Finally, the game will have us captain our own ships, which we can customize in appearance and specs.

Lost Ark is slated to launch sometime during early 2022.