Safe and fast Boosting for Overwatch 2 on all Servers

Finally, the time has come and Overwatch 2 is available. But you don’t have that much time and motivation to play by yourself? That’s no problem at all, we will help you with this problem. On CoinLooting you will find all sorts of Overwatch 2 boosting or boost offers, so that you can achieve your desired goal in OW 2. But what exactly is Overwatch 2 and how does it differ from the first part? We will clarify these and other questions for you. 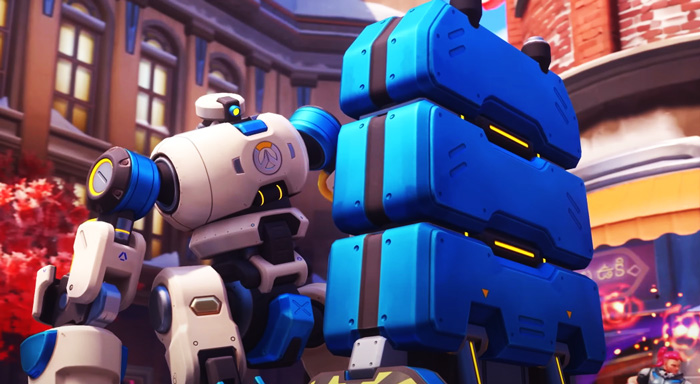 The game Overwatch 2 is an online shooter from Blizzard. You can choose a hero at the beginning of each round, with which you’ll compete against other players. OW2 can be played both on the PC and on all consoles (e.g. PS5, Xbox Series X, Nintendo Switch, etc.). Also in this part two, Blizzard will continue with the beloved Commic graphics. One big change is that Overwatch 2 is free to play and therefore no longer requires a one-time purchase. Likewise, there is now also a PvE mode, where you have to complete various missions. Especially for the PvP mode, the Overwatch 2 Boost from CoinLooting is very popular.

The new PvE mode will be introduced for the first time in the second part of Overwatch. In addition to battles against AI-controlled opponents, you can also expect a new and full story mode. You can complete this story mode either alone or together with friends. Different maps, modes and skins are waiting for you. That’s why boosting Overwatch 2 (OW 2) is a good idea here as well. In one mode, for example, you have to fight against a final boss in the Junkertown Arena. With these PvE elements, Overwatch 2 is not only interesting for competitive players, but also for casual gamers who are looking for a Borderlands alternative. In Quickplay, no distinction is made between the skill level of the individual players. Here you can either choose the “normal” 5 vs. 5 mode or the weekly changing mini-events. There you can expect well-known game modes such as Capture the Flag or 1 vs. 1. In addition, a game mode called “Push” awaits you. In this mode, your team tries to take control of a robot. This robot moves in the direction of the enemy base as soon as it is controlled. If this robot reaches the enemy base, your team has won.

In competitive mode, you compete against other players at the same skill level. You can either compete alone (Solo Queue) or with other friends. Each player takes a specific role and can choose between tank, healer and damage. The different maps also have different modes. For example, in the control maps, you and your team have to take different points as fast as you can. Once you’ve taken the last point, it’s the opposing team’s turn. Whichever team has the best time at the end is the winner. The Overwatch 2 (OW 2) boosting offers from CoinLooting are particularly popular. Especially the OW2 Win Boost is very popular.

Difference from the original OW

A big and also important difference is that Overwatch 2 is free to play. So you don’t have to buy a game license to play OW2. With the release of Overwatch 2, the original game will be replaced and will no longer be playable. Likewise, there will be no lootboxes in this part either. Instead, a Battle Pass with unlockable cosmetic content will be used. It is therefore not absolutely necessary to buy this Battle Pass. Besides, you can level up your Battle Pass and get different rewards with each level. There is no advantage in competitive gameplay as a result. To keep the players happy, a new season is released every 9 weeks. The first two seasons will bring four new heroes as well as over 60 new skins and additional game modes. Also the 6 vs. 6 mode will be replaced by the 5 vs. 5 mode. So there will only be one tank in the group. This should also ensure that the queue times are significantly reduced, as the tank is still the most unpopular class.

If you want to play with absolute pros, then choose our Overwatch 2 Boosting here on CoinLooting.

New heroes and reworking of the existing ones

With the first season in OW2 also comes the first new hero. The first new hero will be Sojourn. This is a damage class that deals damage to its enemies at medium range. The next tank hero is the Junker Queen. She is a very agile tank class with special abilities. But not only new heroes await you but also existing heroes have been completely reworked. For example, Orisa gets a new ability called Energy Javelin. With this ability you will be able to stun your opponents. Bastion has also been drastically reworked. The ability to heal yourself has been completely removed. Instead, you now have infinite fire and don’t have to waste time reloading. Also, it is now possible to move in the shape of the cannon. Even if only slowly. These changes will result in a completely new play style for the individual heroes in the future.