Diablo Immortal is the first Diablo game from the developer Blizzard for mobile devices and recently also for the PC. You take on the role of a hero. Numerous battles await you. The story of Diablo Immortal takes place between Diablo 2 Lord of Destruction and Diablo 3. Also in the mobile version of Diablo Immortal, there are also different classes and ranks. The following classes can be selected at the beginning.

Thus, you’ll have six different classes to choose from. As you go on your adventures and fight against enemies, you’ll get experience points (XP). These increase the level of your character. As you level up, you will constantly unlock new and powerful abilities. At the same time, each class has different abilities. The level cap is set at level 60 for Immortal Diablo. After that, however, you can reach further paragon levels, as is already the case in Diablo 3. These paragon levels, you can spend then in turn in a special skill tree. This will make your character stronger and stronger. Likewise, you can also use the gold to get various powerful items in Diablo Immortal. This also increases the abilities of your heroes.

Mighty new enemies await you, which have to be defeated. They will drop legendary items or a lot of gold in Diablo Immortal. So the loot system is still the same as in the other Diablo games before. You can also exchange your looted loot at the NPC merchant for the ingame currency of Diablo Immortal gold. The more rare the item (Legendary or Rare), the more gold you’ll get for it. Likewise, you can get different Gems or combine them into stronger ones (Legendary Gems) in Diablo Immortal. This makes your Armor very powerful.

Numerous new and also well-known creatures have to be defeated. For example, we have to defeat another well-known opponent, the Skeleton King. You may know him as the Lord of Terror, and he is also similar to Diablo 3 the first big boss. There are also various bosses like the Countess. This is a vampire-like figure that wants to drink our blood. In short, there are also many different monsters to defeat in Diablo Immortal. There is also a whole campaign in Diablo Immortal that consists of eight different sections. For this reason, we also offer you the possibility of a Diablo Immortal Boost. In doing so, we’ll help you destroy these enemies at any difficulty level. 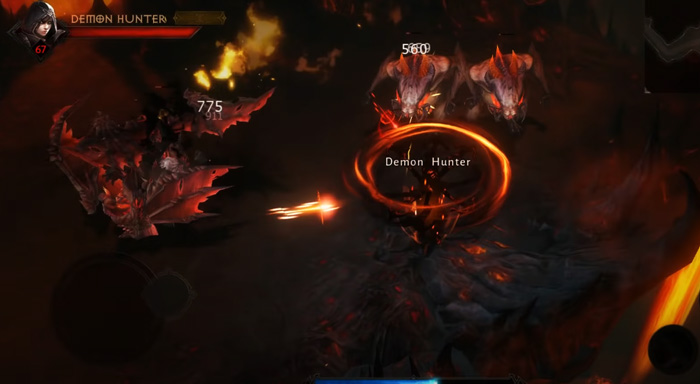 Since Diablo Immortal is a “Free to Play” game, the game has to finance itself in a different way. You can do this via an in-game store. There you can also purchase various bonuses and items for real money.

There is a paid and a free Battle Pass. This will let you unlock daily rewards like extra gold, gems or other currencies in Diablo Immortal. With the paid Battle Pass, you get better items more often, of course. In addition, there are the Reforge Stones. These allow you to exchange certain values (stats) of your equipment. For example, if you play a barbarian but have intelligence on your weapon, you can simply change these stats to strength. Furthermore, there are also the Emblems. There is a distinction between rare and legendary Emblems. Both increase the reward received from the elder rift. The only currency that can only be bought with real money is the Eternal Orb. With it, you can get various items in Diablo Immortal. However, you can also get them with gold.

Is Immortal Pay to Win

However, other Legendary Items, gold or rare gems cannot be purchased for real money in Diablo Immortal. For this, you still have to face the powerful enemies. You can also use the boost for Diablo Immortal for this.

However, it is not possible to say for sure yet whether the game model is really pay to win. This will probably be better judged on the release day. So far, you can only buy the Battle Pass and the Eternal Orb with real money. You can also earn the rest with gold or other currencies in Diablo Immortal. The game experience in Immortal

You can play Diablo Immortal in three different difficulty levels.

Especially the higher difficulty levels are very difficult to master. There are also challenge rifts that become more difficult after each round. However, a boost for Diablo Immortal can help you here.

Unlike all other Diablo games, Immortal has a Resurrection Stone. This Stone can revive you directly on the spot. After that you have used up the charge. Thus, you can only use this stone to a limited extent. However, when you defeat the monsters, the resurrection stone automatically recharges. Thus, there are some new items in Diablo Immortal that have not been seen in any other Diablo before.

The release of Diablo Immortal is planned for 2022. It is supposed to be released after in the first half of the year. Supported versions are iOS, Android as well as. Whether all other OS will also get support is still questionable.

The different boosts in Diablo Immortal

Even in games like Diablo Immortal, it can be useful to take advantage of various boosts. The leveling process to the maximum level can take over 12 hours on the easiest difficulty level (Normal). It can also happen that you have chosen a class that is not so easy to level. To match this, we offer the possibility of a Diablo Immortal level boost. Powerful bosses and dungeons also await you in Diablo Immortal. You can best defeat these in groups with several players on a higher difficulty level. However, not everyone has a core group or other friends who play Immortal.

This is where a boost for Diablo Immortal from CoinLooting comes in handy. We have a wide variety of players from all over the world who will bring you closer to your goal. We can fulfill all your wishes. Just contact us with your special wish and we will make it possible.