Get your Star Seeds for the game Bless Unleashed here at CoinLooting. Don’t waste any more time farming Star Seeds. Strengthen your hero by buying new equipment and weapons and become a powerful person on your server.

More information about the game Bless Unleashed is available in the following section.

What you need to know about the new game Bless Unleashed

Bless Unleashed is a free open-world MMORPG that gives players the possibility to explore and create their own journey as well. In Bless Unleashed you’ll be able to explore a huge and lively world with friends or take a unique path. Thereby you can embark on an epic solo journey. In doing so, players have full control over how they want to play the game. Every decision that is made also has an immense impact on the overall development. Moreover, this gives a feeling of freedom never experienced before in an MMORPG. To give you a good start in the game, we recommend buying Star Seeds for Bless Unleashed. That way you’ll be well prepared for the adventure. 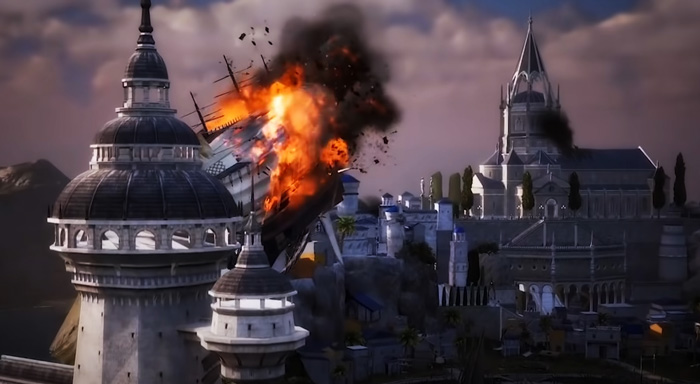 In a mysterious dream, you learn of the chaos and destruction that will soon befall the world. Lumenas will be resurrected, bringing forth decay and hunger – an inevitable war in which countless humans will lose their lives. Once awake, you’ll embark on a great adventure to collect the fragments of the gods before Lumenas breaks their seal.

Fight alongside your friends and allies to defeat colossal monsters! Strike down your enemies with an axe, slaughter them with swords, pierce their thick skin with a bow and arrow, or simply burn them to a crisp with magic. Unleash a powerful combo and destroy your enemy in battle.

Your journey will take you to the phenomenal world of Lumios, where you’ll find a lush and thriving environment. Be on your guard as you uncover secrets while facing formidable monsters along the way. Call your friends to arms and march towards your destiny. Epic monsters are waiting for you. Be one of the brave adventurers who fearlessly stand before a formidable foe and muster the strength to defeat your enemies. Do not retreat and use your abilities to the fullest. Remember that no rival is greater than the one who has the will to persevere and succeed.

The different races in Bless Unleashed

In Bless Unleashed there are four different races, among which you’ll have to choose one.

Likewise, there are also five different classes. All of them have their advantages and disadvantages.

Bless Unleashed also scores with a large number of character customizations. The character editor offers you a lot of possibilities. Whether it’s the shape of the eyes, the size of the nose or different hairstyles, you can design your character exactly according to your wishes. For PvE players, Bless Unleashed has a lot to offer. Players can take part in Arena Challenges. Two players get together and fight in an instance against other monsters. There, the player can expect not only Star Seeds for Bless Unleashed, but also other useful items or weapons. There are also three different types of dungeons. The “normal” dungeons, where five players fight against a final boss. There are also “Time Dungeons” which are only available for a certain amount of time. The most difficult level, however, are the “Abyssal Dungeons”. This is a much more difficult version of the original dungeon. Very good loot also awaits you there. Besides the dungeons, there are also open world bosses. So, you will never get bored because the world is full of challenges.

Bless Unleashed also offers a lot of content for PvP players. There are certain zones where open world PvP takes place. There are also various safe zones where PvP is not allowed. Furthermore, there are the classic arena battles, also called Warlords Arena. Here 6 players (3 vs. 3) compete against each other. Only one team can win. There are also large battlegrounds where 15 players compete against 15 other players (Red Basin). For all PvP possibilities, points can be earned. These can then also be exchanged for weapons, equipment or other items. So, if you want to prove your skills in PvP battles, you can do that in Bless Unleashed as well.

No, unfortunately this is not possible. You can only play Bless Unleashed with the same players on the same console or PC. This means that Bless Unleashed is not cross platform capable. The consoles like PS4 or Xbox One each have their own servers. Just like the PC version on Steam.

Is Bless Unleashed still being played?

Yes Bless Unleashed is still played very often. The highest number of simultaneous online players is currently around 35,000. This puts the MMO right behind other games like FFXIV or Lost Ark. On Steam, it is ranked 4th among MMORPGs.

Is Bless Unleashed free to play?

Yes Bless Unleashed is completely free to play, both for PC and console (Xbox and Playstation). The game is financed through the in-game store. There you can buy cosmetic content for the game. Thus, it is also not pay to win, as no advantage can be gained through this cosmetic content.