New World which faction should you choose?

New World which faction should you choose?

What you should know before choosing a New World Faction

Amazon’s latest New World is different from traditional MMOs. There is no class system and you can only create one character per server. However, the highlight of this guide is factions of which there are three in-game: Marauders, Syndicate and Covenant.

Now, why is it important to choose the correct New World Faction?

You can pick any faction you like, and if you’re a solo casual player, it’s recommended that you do so. However you should read the following before continuing , if this is your first time playing the game.

With that out of the way, let’s take a look at the factions in detail.

What are the New World Factions?

After completing the main quest you’ll be heading to the nearest settlement where another quest awaits you. It’s a part of the main quest chain and it’s where you encounter the three factions:          Covenant (Yellow), Marauders (Green), and Syndicate (Purple).

According to the lore, as a member of the Covenant, your duty is to protect all living things. The Lost and Corrupted roam the land, devouring every living this in their path. You are a part of a highly religious inquisition, who are the “protective stewards of the Spark – the light of intelligence and spirit that animates all beings”.

You can consider them as the Paladins or Priests of New World and they are easily distinguishable from their yellow-themed zealous attire and religious buildings that oddly resemble the Church. It’s probably because the game is based on the European Age of Exploration. 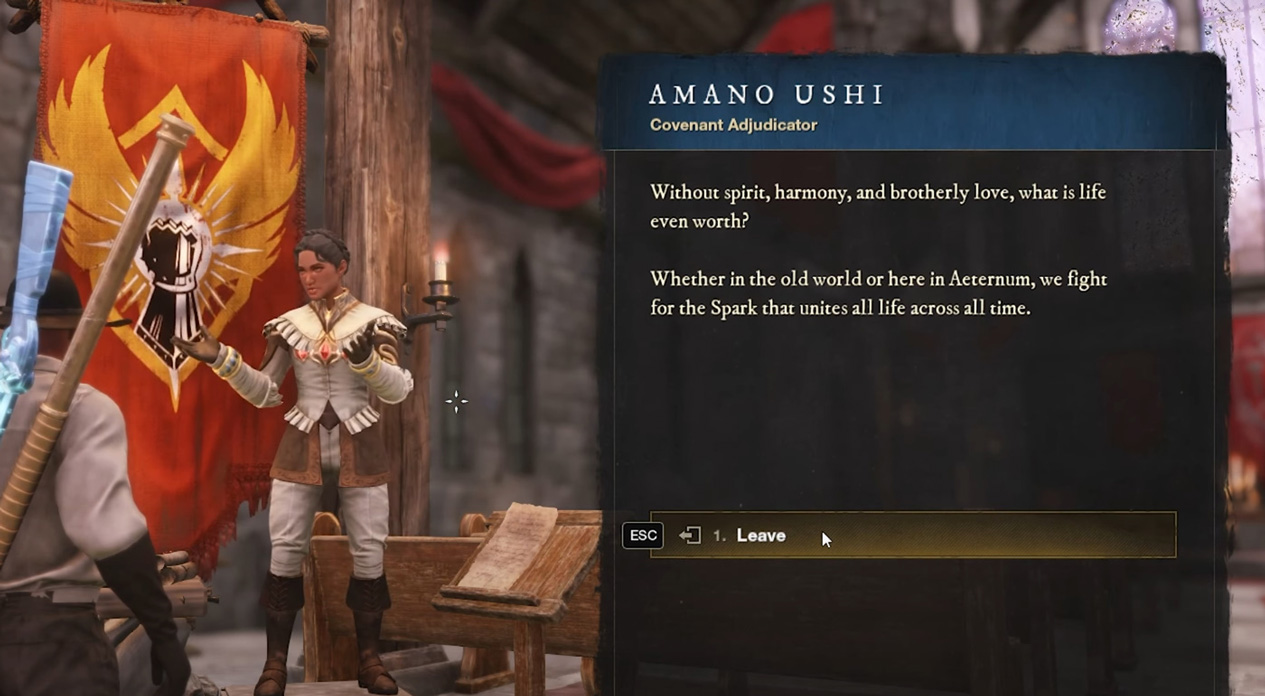 Marauders believe in the survival of the fittest. They are muscle heads of Aeternium and according to Amazon Games, “proud warriors who fight with honor for glory and self-improvement”. The Marauders believe that conflict resolves everything and obstacles can simply be overcome with brute force. So, if you’re a fan of warmongers, then Marauders is the perfect faction for you. They are easily distinguishable by their green-themed attire that almost looks like Spanish Conquistadors.

The Syndicate is a faction that is neither influenced by strength nor religion. They believe in knowledge and have dedicated their entire lives to searching for it. The lore describes them as “clever disciples who fight with cunning for the sake of truth and progress”. However, their deep-seated reliance on knowledge does not prevent them from drawing the occasional sword when required.

Members of the Syndicate are easily recognized by their plague doctor-like attire that is often purple in color. 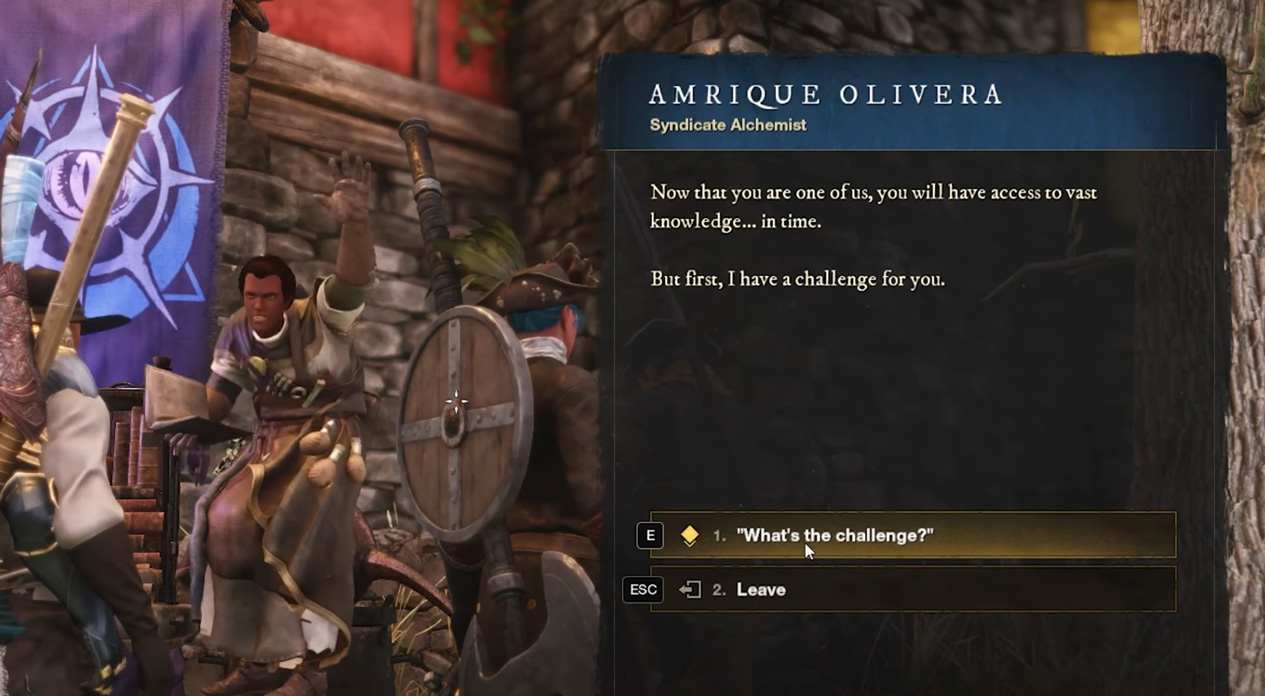 What Faction should you join?

As of now, there is no real advantage to joining a Faction. The only perks they offer are Faction-specific cosmetics that only affect the visuals and do not offer any actual benefits.

So while joining a faction the only thing you should consider is where your friends are or which faction is dominating the current zone.

What are the benefits of each faction?

You get faction-specific quests that reward in-game new world game coins as well as experience that increases your Faction rank, unlocking club rewards such as armor. Note that you’ll need to activate PvP mode to get those missions.

You’re finally ready to take the big step in New World. Don’t overthink and if you’re playing solo, join any Faction that strikes your fancy. Even if you end up joining the weaker Faction, you can help them grow and become the dominant power. Who doesn’t love a good underdog story? Good luck!