In this FFXIV Gil Guide we will show you some of the most popular Gil farming strategies. Feel free to share the article.

There is a lot of debate on which is the best FFXIV Gil farming strategy in FFXIV. While some consider questing and gathering to be the most efficient, others gravitate towards dungeon roulettes and selling gear on the market board. But it all comes down to the player.

Doing something you hate just to earn Gil won’t be nearly as fun as playing the game the way you like it. At the end of the day, Final Fantasy XIV is just a game and what matters most is that you have fun. So, before we begin, set your goals.

Are you ok with farming just enough Gil to enjoy the game, or do you want to become the next Gillionaire in Final Fantasy XIV?

This guide tries to cover the best of both worlds. So, whether you’re just a simple miner or a hardcore crafter, you fill in something useful that you’ll help you on your guild-making journey. So, without further ado, let’s begin.

How do you make Gil in FFXIV?

There are three keyways you can make in FFXIV:

In this guide, you’ll be learning all about the first point, such as, which strategies are the best and can get you the most Gil in the least possible time. So, without further ado, let’s begin.

Duty roulettes offer a slow but consistent way to make Gil alongside other currencies such as Allagan tomestones and company seals. The roulettes are divided into several categories such as: 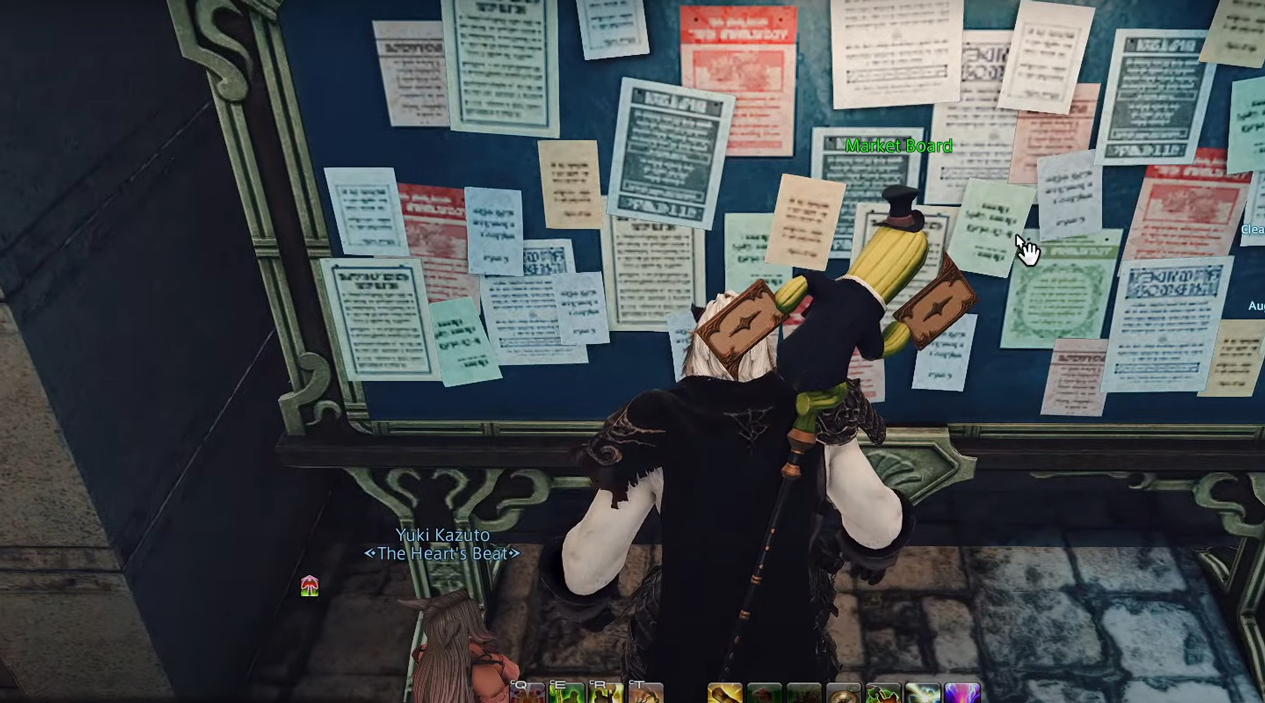 The market is the perfect place for die-hard players to consistently farm high amounts of currencies. The total transaction limit is 5 million Gil per retainer and 10 million Gil per character.

You can carry out a trade by sending them a friend request and meeting face to face in-game, or you can post on the Market Board which charges a small 5% transaction fee.

Here are two ways you can make Gil on the Market Board:

Knowing what gears are in demand on your server helps a lot too. Few veteran players even follow the market by keeping track of buy/sell trends. It is an arduous process but yields lots of Gil if you’re able to master it. The goal of Gatherers, also known as Disciples of Land, is to harvest the natural resources in Eorzea. As a gatherer, you can craft useful items such as gears and other consumables with the things you’ve foraged. Some players even say that before you become a Crafter you must become a Gatherer, at least to get your hands on the early crafting requirements.

There are three gathering classes to speak of, Botanist, Miner, and Fisher. To switch a class simply equip a tool from that respective class. The most important thing you should remember as a Gatherer is to level up as soon as possible. Leveling up in FFXIV offers significant bonuses that grant you more and higher rarity resources during gathering sessions.

For instance, upon reaching level 46, both Miners and Botanists can spot “Unspoiled” locations. These are special gathering locations and unlike the regular ones, they appear at specific times and last for about an hour. The spots contain rare items that aren’t usually available anywhere else. You can sell them to other players, however, a more efficient way to earn Gil is to craft HQ gear and sell it for even higher profits. Retainers are a quick way to farm around 100,000 Gil per week. Botany, mining, and fishing are the best and most profitable of all retainer jobs. But the ultimate way to benefit from retainers is to use them to farm for ‘Unspoiled materials”. These are time-based spawns, which means you cannot get until you’re logged in and actively gathering.

However, you can set your retainers on adventure while you’re going to bed, and have them far, the rare resource for you. Leveling them can be a bit tedious, but their benefits far outweigh the grind. Once you get hold of the resources you can craft HQ gear and sell those for a hefty profit.

Now hunts require a little planning. In each of the Shadow Bringers areas resides two Rank A targets. They are especially strong monsters and the FFXIV community assembles what is a ‘hunting train’.

By the time you finish the mission, you will have slain ten of those monsters. Each of the monsters drops a Cracked Plaincluster and a Cracked Stellercluster.

Now go to Eulmore and trade those items with Thex, the Materia Vendor, for Grade 7 or Grade 8 combat matria, such as the Savage Materia. You can sell these for some decent Gil, especially when a new Raid gear is released in-game.

There are all kinds of players in Final Fantasy XIV. While some prefer the thrill of a fight, others prefer to become Gillionaires and control the ingame market. It’s satisfying to see when players from across the globe approach you for HQ gear and items. There is a sense of achievement that accompanies such a feat. Good luck on your journey to becoming the next FFXIV tycoon!