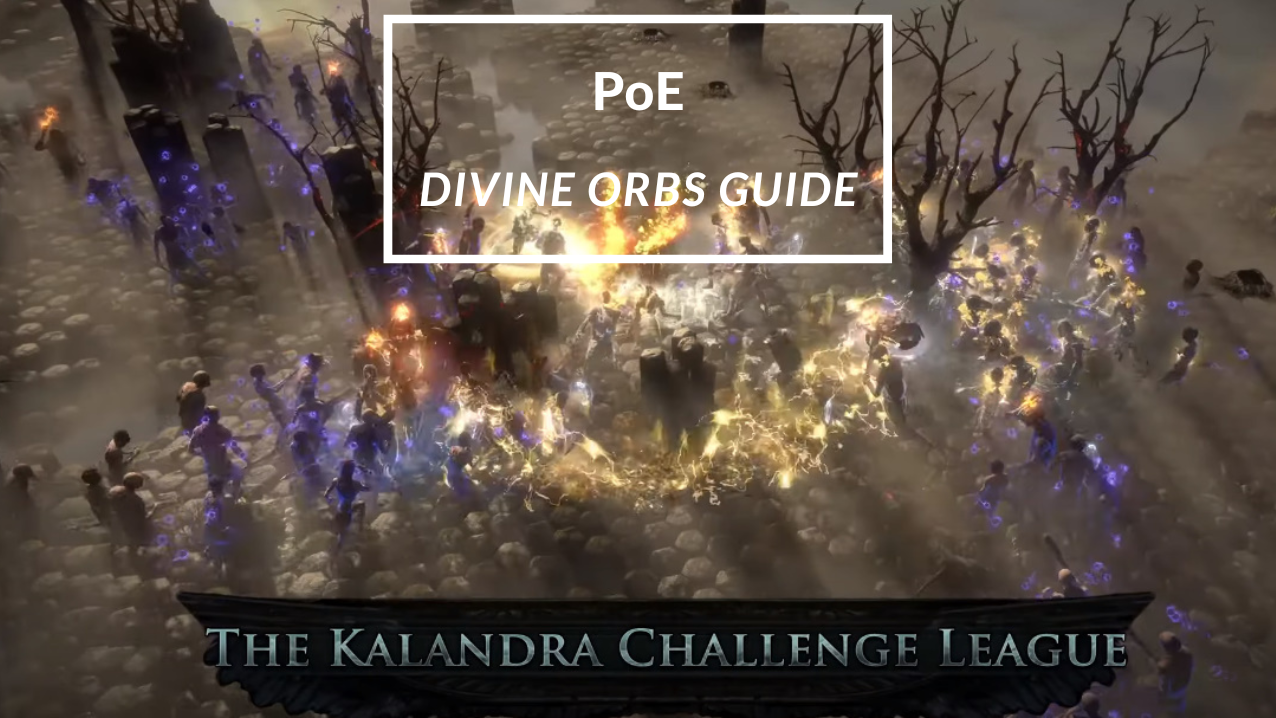 Path of Exile is about leveling your Hero up to fight stronger monsters and get better loot. You equip your Hero with the dropped loot, making them stronger, and repeat the loop. To enhance this process, enemies also drop Divine Orbs. They are used for many things as the currency system in PoE. Players can you it for crafting, changing stats on gear, boosting skills, and so much more. In this POE Divine Orb Guide, you will learn all there is to know about the PoE Currency.

What are Different Currencies in Path of Exile?

Following are different currencies used in PoE and their uses.

Chaos Orbs – These are the defacto currency in PoE as most currencies and items you trade are calculated in Chaos Orbs and can help you re-roll random modifiers on your gear. Their drop rate is higher than other currencies and can be crafted.

Exalted Orbs – These orbs can enhance your rare items by providing them with new random affixes and cost around dozen Chaos Orbs plus, they cannot be crafted, so their rarity is higher. These were the main currency in previous seasons to make meta mods.

Divine Orbs – These are the new defacto currency in the game as GGG has changed its drop rate and removed crafting, making it rarer, plus only currency for the important stuff.

How Do They Work?

Divine Orbs in PoE are used to re-roll affixes, as we mentioned above, and the re-rolling is randomized, which you don’t have any control over though there are some rules on how it works. Let’s look into how they work on Rare, Magic, and Unique items:

What are the Changes Made in 3.19 Lake of Kalandra?

The Orbs were added to the game quite a while ago and aren’t as popular as other currencies due to their drops and AH priorities which GGG wanted to change in this Challenger league. The first thing they changed is that you can’t get it from vendors anymore, increasing their rarity. 6-link vendor recipe provided that, but it has been removed, and now, you get 20 orbs of fusing instead.

The second thing that has been changed is equating the drop rate of Divine Orbs with Exalted Orbs, and most meta mods now only need Divine Orbs. GGG tried this change to balance the power across the board. So now you can use the Exalted Orbs for crafting while Divine Orbs for re-rolling important affixes.

Following is a list of changes that GGG made in the game:

How to Farm Divine Orbs Now?

You can farm them using the following methods in the game.

How Do You Use Divine Orbs?

Let’s see what the different ways you can use this latest premium currency are: