WoW Dragonflight and how you ride the dragons

WoW Dragonflight and how you ride the dragons

Soon it will be finally time and the new expansion World of Warcraft Dragonflight will be released. With this expansion will also come many new features. Among them is the riding of dragons in Dragonflight. So you will have to learn how to ride dragons completely from scratch. This new feature will be available at the beginning of the expansion The more you fly your dragon, the better your skills will become. You will also unlock new skills for your dragon. You want to know how to become a real dragon master? We have played the alpha for you and collected all the important information. 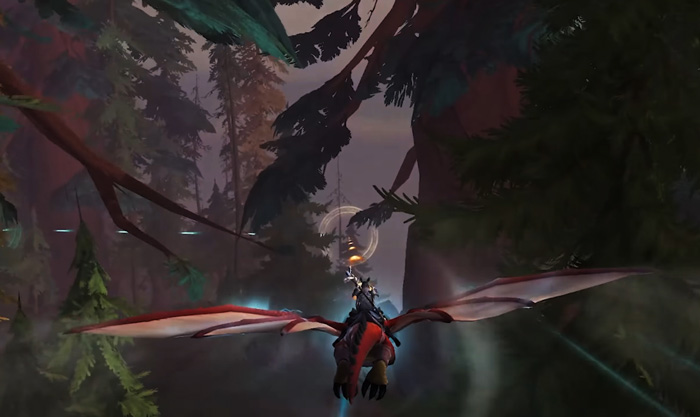 At the beginning you can choose between four different dragons. Each of these dragons has very special abilities and features. Therefore, the right choice of the dragon is also very crucial for you. So far, however, these differences have not yet been announced. All abilities that you have unlocked with your dragon while flying will also be saved for other characters on your account. Thus, the progress is saved account-wide. The more you fly with dragons, the better your skills become. So it’s probably worth it, especially in the beginning, to commit to one dragon. You will be able to choose between the following four dragons.

For all dragons you will have many unique customization options. Thus, you’ll be able to create a dragon that doesn’t look like any other dragon. You can customize the horns, the snout, the tail, the wings and the gear. It is not yet known to what extent these customizations will affect the riding of the dragons in Dragonflight. Likewise, it is not yet known if you will be able to change the appearance of your dragons with some gold. Similar to the barber of your capital. Watch out for the momentum and the speed

If you try riding a dragon in Dragonflight for the first time, you will immediately notice that it doesn’t have much to do with the original flying in WoW. Unlike in many other WoW expansions, you can already fly after a few quests on the islands in Dragonflight. Riding the dragons is very easy once you get the hang of it. To simplify it, you trade height for speed. So if you start on a high mountain, you can use that height to build up speed. The steeper you fly, the faster you fly. When you then try to fly up again, this speed quickly decreases. So you have to find a good balance. This also took some getting used to. You also have skills that you can use when you lose height.

However, these abilities have a high cool-down time and you need crystals for them. These crystals are automatically refilled by running or flying. While riding the dragons in WoW Dragonflight, these crystals only refill when you are also flying fast enough. You can recognize this by the blue glow that then surrounds your character. At first, the management of these crystals is still very unfamiliar. We also had our difficulties with it. You can also use your abilities to fly faster.

After countless hours, we can say that riding the dragons in WoW Dragonflight is a lot of fun. Once you get the hang of it, with a little practice you can get anywhere without even touching the ground. The new flight system has been implemented very well by Blizzard. Even if this mechanic was simply copied and improved from another game (Guild Wars 2). The level areas were specially conceded to explore with your dragon. If there are no other unexpected surprises, we are convinced that Dragonflight will be a very fun expansion. Unfortunately, we couldn’t see the full extent of the dragon riding ability in the alpha yet.