WotLK Classic: Preparations in the Instance

WotLK Classic: Preparations in the Instance

Your group is ready and arrived at the instance. But before you dash off like a wild horde, a few small things need to be clarified. By doing so, you’ll also often prevent a debacle. Therefore, you can use this guide as a preparation guide for getting ready in the WotLK Classic instance.

The group is set up, everything is waiting impatiently for the start. But not all questions have been answered yet. If you now take some time and establish the processes right at the beginning, you will save yourself trouble later on. An important topic and, unfortunately, far too often the number one topic of contention is the loot. Of course, first and foremost, you go to a raid instance for this reason – unless you want a specific achievement or achievements. Nevertheless, it’s important to be clear about how loot will be distributed. While most organized guilds play with a DkP system, newly or randomly formed groups will roll dice for items. In most cases, the system is as follows: First, a distinction is made between “Main Need” (need) and “Second Need” (greed). Normally, a player declares need for items that he needs for equipment according to his main talent distribution.

For example, a druid who specializes in healing talent rolls Need (1 to 1,000; /random 1,000) for a healing gear item. If, on the other hand, he is interested in an item that he would need for a Feral Combat talent distribution – the so-called Off-Gear – he rolls Greed (1 to 100; /random 100). The following always applies: need > greed. If a player has already won an item with a 1,000 roll, he is off the air for the time being, provided that other classes still have a need for these same items. On greed, i.e. from 1 to 100, you can normally roll as often as you want.

Starting with Ulduar, the new Heroic mode or also known as Hardmode for WoW WotLK Classic finally arrives. While you had to activate it yourself before in the City of Titans through special mechanics, the Crusader’s Trial gives you the option to set the difficulty level before entering the instance. Regardless of whether it’s a ten or 25-Man raid, you can fight both variants in normal and heroic mode, as long as you’ve completely cleared the instance at least once on the normal difficulty level. So, if you are a raid leader, make sure you set the right version before entering. However, if you can’t find a group, there is still the possibility of a boost for WotLK.

Every good WotLK Classic instance preparation includes the appropriate food and drink. Buffs, buff food, flasks, and elixirs are standard items for every raid fighter. While class-specific buffs (e.g. Blessing of Kings for Paladin or Arcane Intelligence for Mage) are of course dependent on the composition of the raid, every player should at least have flasks or elixirs with them. A suggestion beforehand: the strengthening potions last a whole hour (two hours for alchemists) and also have an effect beyond death. So, if you fail a boss, you don’t have to worry about your buff disappearing. As for food, if you’re a raid leader, you can also bring a few Fish Feast. The whole raid can then eat from it. 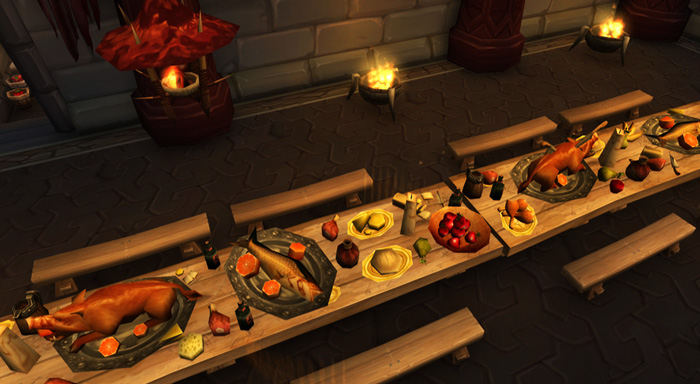 The most important addons for instances

For a good instance preparation, you need to use addons in WoW WotLK Classic. The most important addons are Omen, Deadly Boss Mods or BigWigs and Ora2. Every team member should have these. Ora2 is an addon that supports you in the organization of the raid. For example, you can use it to invite all players who whisper a word to you with a specified keyword. This way you avoid the constant “/inv”. Recount is also a very useful add-on program, but it sometimes has a bad reputation.

An addon that you can’t imagine being without, even if many damage dealer often leave the impression that they don’t have it installed or simply ignore it. This addon measures the threat value that all present group members build up for the current target. If you are not the tank in the group but still at the top of the threat list, you should reduce your actions. This will then reduce the “aggro” after a short period of time. With Wrath of the Lich King Classic WoW, Blizzard implements their own threat meter, but it is not as good as the Omen addon.

The Deadly Boss Mods and BigWigs addons are among the most important addons and thus a necessary preparation for the WoW WotLK instances. These two addons provide you with warnings that occur during combat. In addition, timelines are also displayed that announce enemy spells and actions. For example, if you are affected by an enemy DoT or curse, the addon not only places an icon above your head, but also warns you with a loud sound. Also very handy: the distance meter. Thanks to it, you can see exactly when you are too close to another player.

What is Master Loot in WoW WotLK Classic?

If you want to reduce the prerogative of the looting master to a certain value level of the items, you have the possibility to do so in the same menu. For example, if you set the level to “epic“, the players who are authorized to loot the corpse will loot everything that is not “epic” or purple. Only if the items are epic, only the authorized player can take them. Raid lead – a task that should not be underestimated

The performance of a raid is in principle very similar to the management of a company. One person calls the shots and gives the commands, while the others carry out the tasks that are assigned to them. Only when everyone does their job and does it conscientiously, can the raid form the clockwork that works flawlessly when every cog meshes perfectly. However, if you have to fight with players who don’t follow your instructions, the whole system can quickly break down. So the “together” is very important in a team.