What Glyphs do my class need?

What Glyphs do my class need?

If you want to squeeze the last bit out of your character, you can’ t get around glyphs in WoW WotLK Classic. But even the pros sometimes lose track of the huge number of glyphs on offer. We tell you which glyphs you should prefer for which class and which specialization (skill). 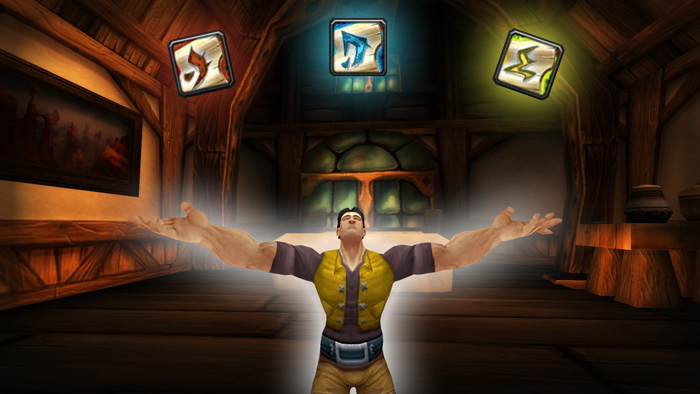 There are about 20 to 30 glyphs per class. Some of them increase the damage of attacks, others increase defense, and still others reduce the cooldown of abilities. The variety is so large that especially first-time players and fresh level 80 characters are faced with unanswered questions. Which glyph is best to use now? Of course, you always have to consider how you are currently playing. Talent distribution and equipment are not the only factors, the chosen class specialization also plays a big role. Our recommendations are therefore based purely on talent distribution. We choose glyphs that normally have the highest benefit for your specialization in WoW WotLK. For example, a damage class boosts our glyphs in damage potential. We deliberately exclude special fights or situations. The recommendation for PvP refers to battleground fights and not to arena.

The glyphs of the paladin can be clearly occupied in WoW WotLK Classic, at least in PvE. Holy Paladins increase their healing power in raid tremendously with our recommendations. Tanks increase defense and provide better threat. The Retribution Paladin now destroy their enemies even faster, pay attention to the glyph “Seal of Retribution” that it is only usable up to a maximum of 16 Expertise. After that, the glyph partially fizzles out to nothing.

As a priest, you are pretty tightly bound to some glyphs. Our recommendations have proven successful for many players in raids. Very rarely do other improvements score for your spells. In PVP, most players choose the Discipline Priest, with little difference from the PvE glyph choice. Only “Penance” is popular on the Battleground, so quite a few Discipline Priests choose not to “reglyph.”

Rogues are pure damage monsters, just like Mages and Warlocks. Therefore, they have to correctly choose the glyphs in WotLK Classic. Our recommendations are aimed at maximum DPS (=damage per second). If you start out as an Assassination Rouge, you should aim for a survival increase. Especially the glyph “Cloak of Shadows” points in this case.

Death knights have a special feature: you can play each specialization as a tank or as a damage dealer. Therefore, we will name the appropriate glyphs for both specializations. However, if you want to shine in damage with the tank glyphs, it will of course be difficult. In PvP, it doesn’t really matter which specialization you choose. You normally use our three recommendations.

Mages are a pure damage class. Therefore, you can improve almost all of your attacks. The Molten Armor belongs in every talent distribution. The converted spirit in critical hit rating brings a powerful bang. In PvP, however, you can do without it; survival is what matters most here.

Enhancement and Elemental Shamans get even more damage potential from their glyphs in WoW WotLK. A different choice than ours leads to significantly worse results in most cases. Only as a Restoration Shaman you still have some leeway with the selection. If your mana is constantly too low, you can use “Water Mastery” instead of “Healing Stream Totem”. Then, once you have two pieces of the T10 set, you now use “Riptide” instead of “Healing Stream Totem”.

The Life Tap-Glyph is a must for all warlocks. Because 20 percent willpower counted as spell power for 40 seconds is absolutely top. Likewise, the fast ticks of Corruption bring a lot of damage per second.

Druids have a slightly wide selection to choose from. There is still at least one glyph for each talent distribution that can be mentioned. However, we have had the best experience with our recommendations. Only healing druids with mana problems should use “Innervate” instead of “Rapid Rejuvenation (Healer)”. With this, your mana balance should be in the green zone.

As a tank, we strongly recommend “Block” and “Shield Wall” for perfect defense. “Devastate” facilitates threat generation in the process. The offensive warriors naturally increase their dealt damage. Please note that especially with warriors, a lot depends on personal preferences. In any case, you can’t go wrong with our recommendations.

Hunters are another pure damage class. All three talent distributions strengthen your projectiles. “Kill Shot” is a set glyph, which is especially effective in raids for cheering hunters. In PvP, you’ll probably find Marksmanship hunters most often. If you still prefer another specialization, the glyph “Disengage” remains set.

What about the Minor Glyphs in WotLK Classic?

You must have wondered why you can’t find any minor glyphs in our list? The answer is very simple. The benefit of them is simply too small and you can hardly go wrong with the choice. Often they only change the appearance of various attacks and thus have a cosmetic effect. These will hardly affect your play style. So most of the small glyphs are a matter of taste. As a shaman, do you often forget to buy ankhs? Then the glyph “Renewed Life” is a good choice. Or you often fight against many undead as a paladin? Then we recommend “Sense Undead”. It’s best to look at six to seven interesting low glyphs for your class. Then choose the ones that bring you the most personally.