Are you also one of those people who react harshly to such baroque word formations? Don’t you wonder why some players dress their characters in pretty clothes, even though they don’t give them a significant combat advantage? And don’t you understand the meaning of changing hairstyles or medieval language? Then you’ve come to the right place! In this RP guide, we’ll answer the most important questions about “real” roleplaying in WoW. 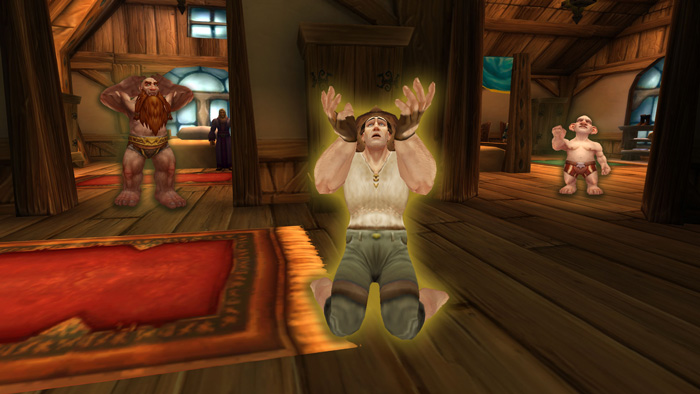 What is RP, anyway?

RP comes from the term “roleplay”. Roleplay refers to a playful action in which you take on a completely different role than in reality and act as this accordingly. You imagine a person with all the character traits that go with it. You should then portray this as faithfully and convincingly as possible and “fill it with life”.

What are the types of RP?

Role play exists in all cultures and can be found in early childhood games (such as father-mother-child). In the simplest case, no more than one’s own imagination is needed for role play. Mostly, however, it is played with several people together according to a specially defined system of rules.

Is World of Warcraft a role-playing game?

Yes, WoW belongs to the category of massively multiplayer online role-playing games. This means that you create a character and take on the role of that character during the game. However, the role-playing factor in WoW is quite insignificant. Many players don’t even know what this mysterious RP is all about. For this reason, in this WoW roleplaying (RP) guide, we’ll show you what role-playing is and how you can best apply it in the game. Roleplay simply gets lost in the frenzy of “good loot”. However, if you miss the depth and atmosphere of a fantasy world in the usual game practice, you would be well advised to venture into the unknown realms of a special RP server yourself.

What do I do in the RP and what role do I choose?

RP can go in a variety of directions, and determining these is left to the personal taste and imagination of each party involved. In World of Warcraft, again, you can only RP with other players and not alone. To find common ground for the experience, you use the given world and backstory of the Warcraft universe. Whether you go into heroic battles with your fellow players or just enjoy an entertaining stroll through Stormwind is entirely up to you.

For the right choice of your role, you first need a character. Choose the race and gender of your character according to your personal preference. After all, you want to feel comfortable in your new skin. For newcomers to RP, it is usually best to choose a character based on your own gender. However, this is entirely up to you. Once you’ve done this, think about a backstory for your character.

By what means can I role play?

The most important tools of a roleplayer in World of Warcraft are emotes and chat channels. Emotes are used to illustrate your character’s actions. The chat channels are used to have conversations. An emote could look like this, “/e raises his hand and waves at Larinha with a surprised smile”. However, make sure that your emotes should only express what your character is visibly doing, not what is going on inside. And also, choose your words deliberately. A noble paladin greeting a vagrant with the words “What’s up?” is likely to lose RP credibility in the more medieval Warcraft world.

How do I behave in the game and how do I find other players?

Just put yourself in your role and try to act from their worldview. In this RP Guide for WoW, we’ll show you what else is important. Also note that you can’t actually know the names of unknown characters, what class they are, or what experience they have. Role-playing is very similar to improvisational theater, except that you have a clearly defined role in front of you. Role-playing with other characters always consists of an action and a reaction. So leave your fellow players the time and space to get actively involved in the action. Be patient as well.

If you want to RP with other players, you should create your character on a RP server in WoW. On many servers there are sometimes RP events or whole guilds that are dedicated to RP only. A good place to start is always the official server forum. There you can keep up to date with all the events. You can use these forums to get in touch with other players. If in doubt, you can of course also use the trade or general chat in WoW to connect with other roleplayers.

What does OOC and IC mean?

Among the basics in this roleplaying (RP) guide are the terms OOC and IC. Many roleplayers act within the game and in the official forums only “in character”, IC for short. This shortcut means nothing else than that you only write your texts or actions in a way that conforms to the roleplaying game. So you stay in your own chosen role. Information that goes beyond the boundaries of the game world and is communicated from the player’s point of view is called “out of character”, or OOC for short. So when you are RPing, make sure you stay in character. Deviations from this are best made clear with a short “ooc”. 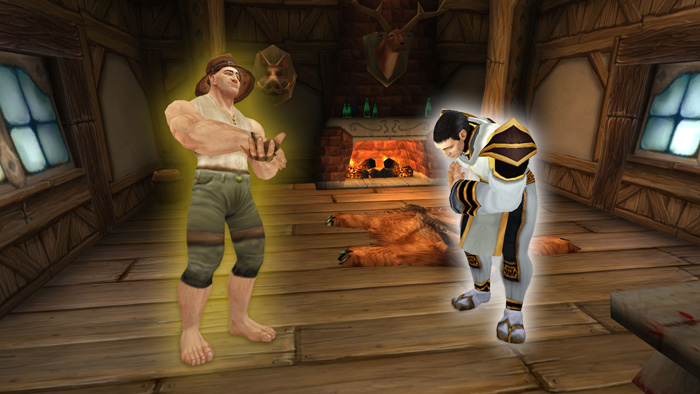 The first steps to a professional Roleplay

Is it hard to get started? No, with the right tips your first appearance as a future roleplayer will be very easy. We have listed the most important initial steps on the way to a balanced roleplay for you below. If you follow this little guide, you will soon discover the joy of RP and you won’t want to miss it anymore. Just remember that there are (almost) no limits to your creativity. The whole world of Warcraft is your stage.

1. The right choice of Server

There are different types of servers in WoW. You can tell what type of server it is by the shortcut. For example, the shortcut PvE stands for a server that focuses on raids and dungeons. So make sure that your chosen server is an RP server in any case. Ideally, you should take a look at the official server forums beforehand. This way you can get a first impression of the liveliness of the role-playing community.

2. The creation of the Character

The choice of your character’s race, class, and gender is immensely important to your roleplay. So think about this choice extremely carefully. First and foremost, you should feel comfortable with your second self. If you like to be loved and admired by your fellow beings, then an Orc Warlock wouldn’t be too good a choice for you. If, on the other hand, you want to spread terror, this is the best choice. Pay attention to the race-specific behavior and background history of your race.

3. The choice of your Character Name

Your character’s name should also match the background world. Silly names like “Juicebar” or “Deathroxxor” will definitely scare off your potential RP teammates. Take inspiration from fantasy books when choosing a name, and look into the history of your character’s race. A troll character should not have the same name as the leaders of his tribe. A similar name to the clan of Jhinorah, however, fits in well with the race and makes RP life much easier.

The background story is an important foundation for every roleplayer. We explain what is important in this roleplaying (RP) guide for WoW. To play your character convincingly, you first have to get to know him. Is your character a greedy goblin who would do anything for some gold? Or perhaps a guard from Stormwind, raised in the forest of Elvyn. At best, create a compelling backstory. You can also write it down. Written material is better remembered and can be reread even after a month-long break. Make sure that your background story fits into the world of Warcraft. Hardly any roleplayer wants to meet a Night elf who is actually a bloodthirsty terminator from the future in disguise. And remember, your character is only one among many. Therefore, equip this character with a lot of love and creativity. But don’t overdo it with the drama.

5. Getting into the Game

To participate in roleplaying properly, you don’t necessarily need a high level. Unless you also want to raid or go into dungeons with your character. You can also get your first RP experience in a cozy tavern in your capital city. Roleplaying becomes really exciting where you do it in a sociable round. That’s why you should look for a community that has similar ideas to yours.

Checklist: Who am I?

To get to know your character better and create an exciting biography, you should be clear about the most important points in the life of your role. We’ve put together a few guiding questions for you.

If you want more information about roleplaying in World of Warcraft after this RP guide for WoW, check out our top 10 roleplaying rules.